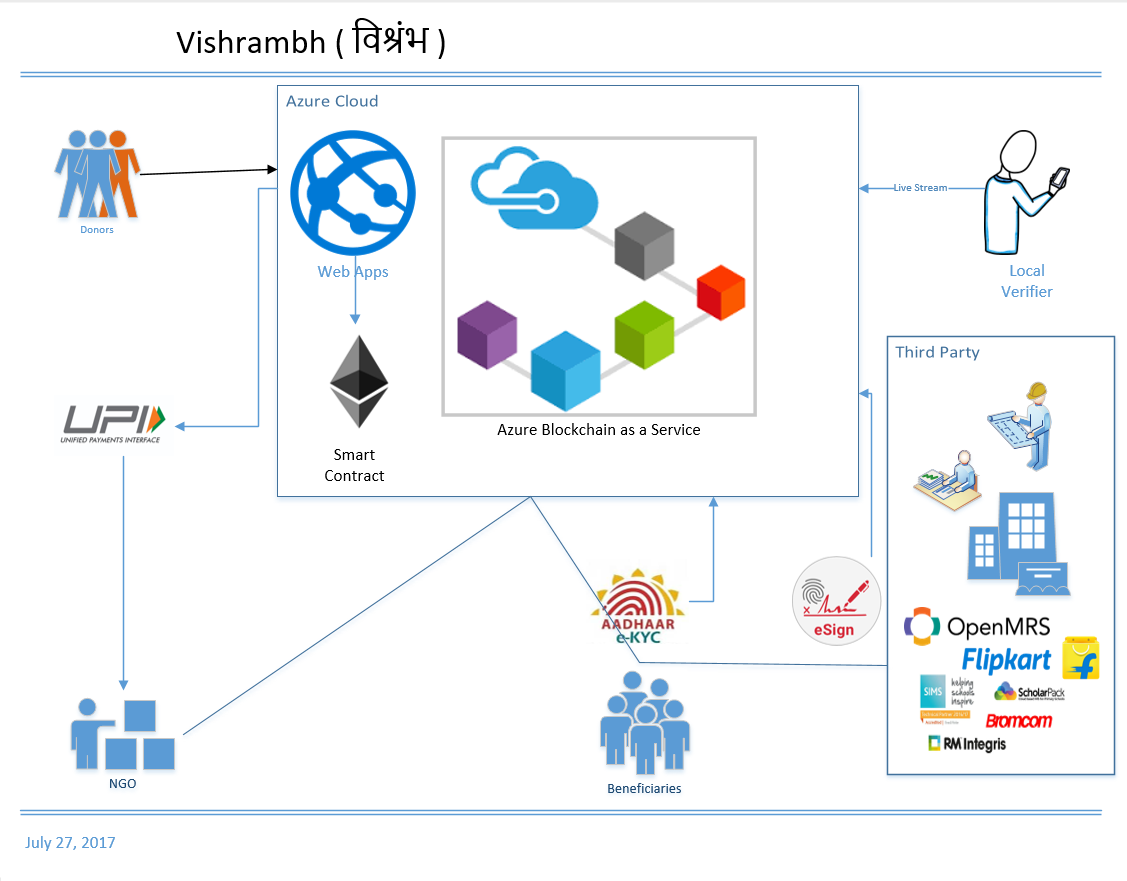 One of the primary reasons we avoid donating is because we aren't sure if the money reaches the intended beneficiary. We propose a way to allow that. The project has three components:

The biggest disease is corruption. The vaccine is transparency. Bono, TED 2013

The main objective of the platform is to build a transparent platform where donors clearly see the impact of their donation and aims to remove corrupt middlemen/NGOs which are used for siphoning money. Going further, the aim of the project is to build a scalable and generic system that can enable processes requiring transparency.

Vishrambh is a DApp that is built on blockchain systems and connected to the unique offering of IndiaStack consisting of Aadhaar, UPI, and digilocker; built and maintained by the Indian government. The users of the application are classified as donors, beneficiaries, NGO partners and 3rd party partners. The authentication of each of these users happens via Aadhaar and all payments done via the Unified Payments Interface (UPI) are recorded on the blockchain.

The donors donate the money while specificying constraints on how they would like such donations being used. These are encoded into a blockchain understandable smart contract and executed as required giving the full transparent trace of the donation as it reaches the intended beneficiaries.